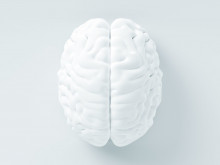 DeepMind has surpassed the human mind on the Go board. Watson has crushed America’s trivia gods on Jeopardy. But ask DeepMind to play Monopoly or Watson to play Family Feud, and they won’t even know where to start. Because these artificial intelligence engines weren’t specifically designed to play these games and aren’t smart enough to figure them out by themselves, they’ll give nonsensical answers. They’ll struggle greatly, and humans will outperform them—by a lot.

Story added 7. December 2016, content source with full text you can find at link above.