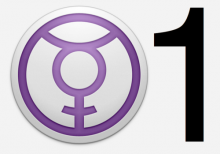 After years of development, a shift from closed source to open source, and the advent of popular competitors like Alfred, the OS X productivity tool Quicksilver is finally leaving behind the beta tag it has been carrying around since 2003. According to the Quicksilver blog, the new release “means more than just a change in the version numbering system—it signifies a maturity of Quicksilver and a sign of what’s to come.”