Man Convicted of Hacking Despite Not Hacking 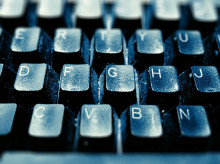 Culminating a two-week trial in which no hacking in the traditional sense occurred, a California man was convicted Wednesday under the same hacking statute internet sensation Aaron Swartz was accused of before he committed suicide in January.

Defendant David Nosal was convicted by a San Francisco federal jury on all six charges ranging from theft of trade secrets to hacking, despite him never breaking into a computer. Nosal remains free pending sentencing later this year, when he faces a potential lengthy prison term.

Read more: Man Convicted of Hacking Despite Not Hacking

Story added 25. April 2013, content source with full text you can find at link above.