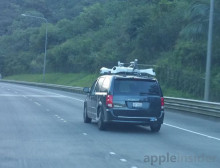 Apple has put as much as $250,000 in signing bonuses and 60 percent raises on the table for its targets, Bloomberg reports. Despite the gargantuan size of those figures, few Tesla employees have jumped ship, while more than 150 former Apple workers have moved to Tesla.

Story added 6. February 2015, content source with full text you can find at link above.