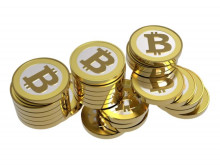 Investors were left millions of dollars out of pocket when Mt. Gox died, but was the exchange’s hoard of virtual currency long gone before the abrupt closure?

According to a new analysis and results of an investigation conducted by WizSec, Mt. Gox’s stolen bitcoin reserves — worth over $300 million at the time’s trading rates — were taken from the virtual currency exchange’s hot wallet systematically over time. However, the theft did not take place in 2014; rather, WizSec lead investigator Kim Nilsson alleges that the funds were taken from late 2011 onwards.