NSA: No one "had a full understanding" of 2009 call-checking program 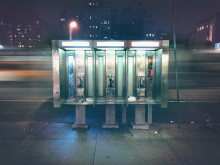 The Office of the Director of National Intelligence (ODNI) has released a new batch of secret National Security Agency (NSA) documents Tuesday afternoon. The documents come from the Foreign Intelligence Surveillance Court (FISC), and they detail NSA violations of spying protocols from 2006 to 2009. They were released in relation to an Electronic Frontier Foundation lawsuit.

On a Tuesday morning phone call with reporters, two top intelligence officials downplayed the court’s findings, insisting that the court “did not find any intentional effort” to violate the law.

Read more: NSA: No one "had a full understanding" of 2009 call-checking program

Story added 11. September 2013, content source with full text you can find at link above.